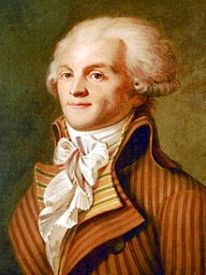 Maximilien Robespierre, the architect of the Terror during the French Revolution in which the state killed tens of thousands of its own people, penned his own catechism of Terror on the eve of coming to power in 1793. Like the Catholic catechism it mocked, it was structured in the form of questions and answers.

The central section concerned overcoming the “ignorance” of the common people.

Question: What are the obstacles to their enlightenment?
Answer: The paid journalists who mislead the people everyday by shameless distortions.
Question: What conclusion follows?
Answer: That we ought to proscribe these writers as the most dangerous enemies of the country…

During his presidential campaign, candidate Donald Trump pursued a systematic policy of disparaging the mainstream media. Since becoming President his attacks have become more specific and vitriolic.

“The FAKE NEWS media (failing @nytimes, @NBCNews, @ABC, @CBS, @CNN) is not my enemy, it is the enemy of the American People!”

People argue about whether or not we can learn anything from history.

Well it’s about time America woke up and smelled the coffee.

One thought on “A catechism of Terror…”