In researching the background to a follow up to my novel Bitter Glory, I have become interested in some of the female characters who populated Napoleonic high society. I think several will end up as the subjects of posts here but I have chosen Catherine, the wife of Napoleon’s Foreign Minister, the arch schemer Charles Maurice de Talleyrand-Périgord.

Catherine Noele Worlée was born in India in 1762, in the hot and sultry southern region of Tamil Nadu, the daughter of a French colonial administrator. It is undoubtedly fanciful but I can’t help but think of that region of crazy heat, sultry humidity, exotic spices and full of contrasts as some kind of metaphor for the lady’s character.

For Catherine was just 15 when she became mistress of George Francis Grand, an English civil servant, shortly after her family relocated to Chandannagar. They were married the following year, 1778. Yet within a year of their marriage an outraged George Grand had caught his wife in flagrante with Sir Philip Francis, a member of the supreme council of Bengal.

For the next three and a half years Catherine lived with Philip Francis… and his wife in an apparently amicable arrangement. But in 1782, for reasons that are unclear Catherine left India and set sail for France. In Paris over the next ten years she moved through a series of lovers each either wealthier or better connected than the last; bankers, politicians, aristocrats. When Vigee Le Brun painted her portrait here she was one of the most famous courtesans in Paris. 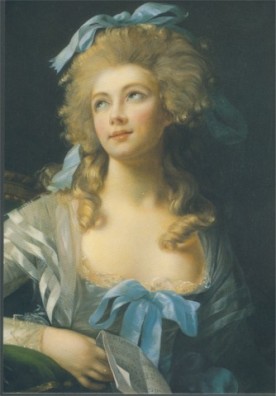 But in 1792, with the horrors of the Terror just around the corner, she fled Paris for London and the patronage of more influential lovers.

She remained in London for three years, returning to Paris in 1795 after the fall of Robespierre and his Committee of Public Safety and the establishment of the more moderate Directory. A year later she had been introduced to Talleyrand and by 1797 they were lovers, Talleyrand having set her up in her own house at Montmorency.

They were certainly an odd couple. Perhaps it was the attraction of opposites. Talleyrand was urbane, aristocratic, fiercely intelligent, ruthlessly calculating and Catherine was, frankly, none of these things. She was of relatively low birth and had little formal education and she is mocked in various memoirs as being a dimwit; her social faux pas became the stuff of legend in polite society. The story of her mistaking the French traveller, writer, and artist Vivant Denon for Robinson Crusoe and insisting over dinner on talking about how he met Friday may be apocryphal but it gives an idea of the stories about her that were doing the rounds. But, perhaps Talleyrand had had his fill of the imperious Germaine de Stael and her ilk.

And let’s face it, Catherine had other attributes; her beauty was incontestable. With blue eyes, luxurious masses of blonde hair, perfect skin and incomparable grace, she was acknowledged as one of the reigning beauties of the time.

Through Talleyrand’s influence Catherine finally secured a divorce and in 1798 she had moved into his Paris residence where the celebrity couple of the age embarked upon a glittering round of social engagements. Invitation to the Hotel Gallifet became the most sought after ticket in Paris.

In 1802 the couple married at the urging of Napoleon Bonaparte who did not appreciate his chief minister living openly with his mistress, but after their marriage the couple began to drift apart, her husband ultimately giving her enough money to live luxuriously in London.

The Princesse de Benevente, for she kept her husband’s title, moved back to Paris to live out the last few years of her life and she died there in 1834.

Standard opinion of Catherine is that she was stupid but I’m not so sure. In an age where women were most distinctly second class citizens she rose from obscurity to fame and fortune using whatever talents and attributes she had. She ended up a princess, fabulously wealthy and had married the man who, after Napoleon, was the most powerful in France. Not bad for a provincial nobody. 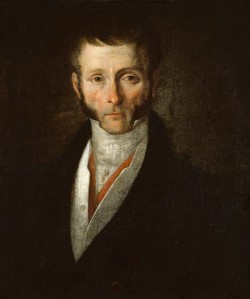 Joseph Fouché was the ultimate survivor (rivalled only by Talleyrand), emerging unscathed when each regime he allied himself to was destroyed. Remaining in positions of influence when his loyalties were constantly doubted. As the ever insightful Madame de Rémusat observed, he was an adept at making himself a necessity.

Contradiction, duplicity, deceit, brutality, ruthlessness, self-serving aggrandisement; these were his watchwords. If he had a moral compass the needle would have spun like a bicycle wheel.

A ready-made villain for any story set in the turbulent times of the Revolutionary and Napoleonic periods. I was keen to use him as such in my own novel, Bitter Glory. But how well do the facts stack up against the appalling reputation he acquired through his career.

Fouché was born in Nantes in 1759, given a good education by the Oratorians who had taken over religious education in France since the ousting of the Jesuits, and destined for a career as a teacher within that order.

All that changed with powder keg of revolution exploding across France.

Politicized, Fouché joined the Jacobins and became a friend of Maximilien Robespierre. When royalist supporters rose in La Vendée he was sent there with almost dictatorial powers to crush the revolt which he did with such brutal efficiency that he was immediately promoted to the post of Commissioner of the Republic in the département of the Nièvre. There the former Oratorian launched the policy of dechristianisation, ransacking churches and sending their valuables to the Treasury.

When revolt broke out in Lyon Fouché was sent there with almost two thousand of the Parisian Revolutionary Army to restore order.  In reality he initiated a massacre – various sources describe scenes of groups of men blasted with grapeshot, firing squads and an overworked guillotine.  Estimates put the number of citizens executed at over 1800 from late 1793 to April 1794 when he returned to Paris.

As he put it: The blood of criminals fertilises the soil of liberty and establishes power on sure foundations.

Back in Paris, conflict with his former friend Robespierre led to the Jacobin leader trying to oust Fouché from the Jacobin Club, at the time tantamount to a death sentence, but with the support of Barras, Fouché turned the tables. It was Robespierre’s head that fell to Madame Guillotine.

With his fall, moderates came to dominate the ensuing regime, the Directory, and Fouché was cast out of favour but three years later he was back, working for his benefactor Barras as ambassador in Milan and then as minister of police.

But already Fouché could detect the wind of change and the new rising star; a young general from Corsica. With barely the skip of a heartbeat he transferred his allegiance from Barras to Bonaparte and was instrumental in facilitating the coup d’état of 18 Brumaire.

Thereafter, through the course of the Consulate and the subsequent Empire, Fouche was in and out of favour with Bonaparte who recognised he needed the resources of his sinister minister of police but was ever wary that he had garnered too much power than was healthy for a subordinate.  Every few years he would be bounced out of office for overstepping the mark but would never be entirely disgraced by Bonaparte who still maintained an eye for the future and Fouché’s potential usefulness.

In 1802 he was removed from office when Bonaparte suspected he was unduly protecting his former Jacobin friends but he was brought back in 1804 after his spy network had been rather more useful than his successor’s in thwarting the Cadoudal plot.  After making independent overtures to the British for peace he was sacked by a furious Napoleon in 1810 but gradually worked his way back into favour, if not trust, over the next three years.

But in 1814, when he saw the writing on the wall for the Empire, and the Allies closing in on all fronts, he opened negotiations with the royalists. However, not getting any satisfaction from them in the short term he sided once again with Napoleon when he broke out of Elba for the Hundred Days. Even then, he made contact with the Austrian Metternich, evidently ensuring he could play either side depending on the outcome.

This strategy worked because, following Waterloo, he found his services in demand still. Talleyrand, that other notorious survivor, became the prime minister of the newly restored Kingdom of France, and he named Fouché as his minister of police. So the regicide, the man who had urged the execution of Louis XVI so vigorously, became a minister for his brother, Louis XVIII.

He now initiated a campaign of terror against real and imagined enemies of the crown but by 1816 his royalist masters tired of him and dismissed him for the last time. He was proscribed and exiled.

Fouché, the father and mother of secret police forces the world over, died in Trieste four years later.

In 1800 Napoleon Bonaparte’s grip on the reins of power in Revolutionary France is far from secure and the French Army stands on the brink of another defeat with thousands of men besieged in the city of Genoa. He needs a great victory to secure his position and he is looking to northern Italy for it. 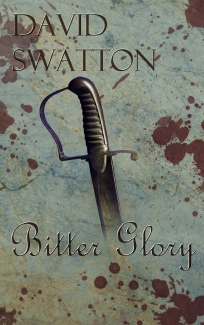 Like Hannibal two thousand years earlier he will cross the Alps with an army to fall upon his enemy.

Caught up in this plan is a young cavalry officer, Antoine Chauvelle. Returning to his regiment as they march to war, he is thrown into the path of a notorious duellist who has murdered his friend and from whom honour dictates he must seek revenge. From the struggle across the mountains to the desperate fight for survival in a besieged and pestilential city, events sweep Chauvelle into a plot that could undermine all Bonaparte’s grand strategy and will culminate on the bloody battlefield of Marengo.

My first novel, the historical adventure Bitter Glory is now available as an e-book from Amazon.