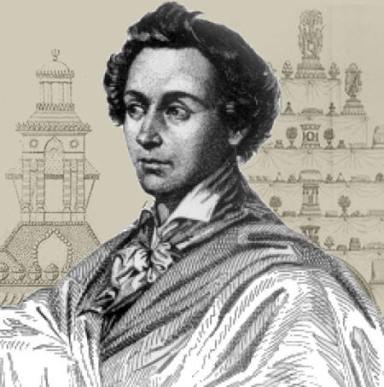 Okay, the quote is attributed to Marie Antoinette but it was the original “celebrity chef”, Marie-Antoine (known as Antonin) Carême, the culinary genius named in honour of the Queen, who turned the words into reality for Parisian high society. Acknowledged as the father of classical French cuisine, Carême rose literally from the gutters of Paris to be the most celebrated chef of his, or perhaps any, age.

He was born in 1784 to a poor family, perhaps the sixteenth of up to twenty-four children and he was abandoned by his parents on the streets of Paris to fend for himself when he was eight or nine years old. Luckily for him he was taken in to skivvy at a Paris chophouse and there he began to learn the trade of cooking. At 14 he was apprenticed to Sylvain Bailly, a famous patissier and from there he never looked back.

In his two years under Bailly he began to work with the head chef of one of Paris’s most renowned society figures, Charles Maurice de Talleyrand-Perigord and when Talleyrand bought a large country estate in 1804 he hired Carême as his head chef. It is said that Talleyrand set Carême a test, to concoct a year’s worth of menus without repeating a dish and using solely seasonal produce. Carême passed the test easily and was hired. 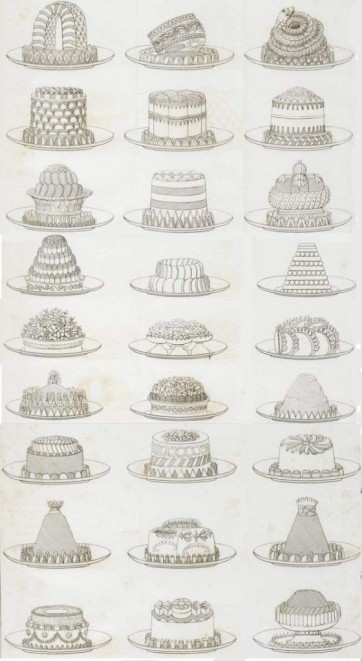 Some of Carême’s creations

While working for Talleyrand, Carême also ran his own specialist pastry shop, Patisserie de la Rue de la Paix, which became famous for his beautifully crafted decorative centrepieces made out of nougat, marzipan, sugar and pastry. Even Napoleon commissioned Carême and the master chef created the Emperor’s wedding cake.

After the fall of Napoleon, Carême moved to England for three years where he was the principal chef to the Prince Regent. But the climate in London did not suite him so Carême moved back to Paris where he was hired by Baron Rothschild with whom he remained until he retired in1829. By that time he was paid an annual retainer by the Baron of 8,000 francs (equivalent to about £125,000 today) to cook at a handful of setpiece dinners.

More of Carême’s creations, inspired by his interest in architecture

From 1829 until his death in 1833, brought on early due to the years of poisoning he had been subjected to cooking over charcoal, he dedicated himself to writing and became one of the most prolific and influential cookery writers.

Not bad for a boy from the gutter.