Those of us lucky enough to have grown up in “peace time” since the Second World War are very familiar with the sight of hundreds, even thousands, of veterans of the armed forces parading on Remembrance Sunday past the cenotaph in Whitehall. They wear their medals with pride and they march past with fixed expressions that mask myriads of memories, good and bad.

But this is nothing new.

Monsieur Verlinde of the 2nd Lancers, 1815

Back in May 1858, less than twenty years after the first complete practical photographic process was announced at a meeting of the French Academy of Sciences, French veterans of the Napoleonic wars were photographed after their annual reunion in the Place Vendome on the anniversary of the death of Napoleon.

It was customary for the old soldiers to turn out in the uniforms they had worn with pride and distinction all those years before. 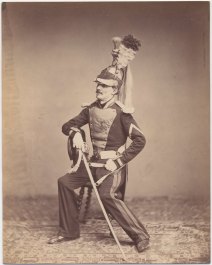 They were in their sixties, seventies or even eighties, their waistlines had expanded in some cases and perhaps some clever tailoring had been required to enable them to dress still as they had as young men. But there was no alteration required to dress how they held themselves.

Though a little frail, blurring here and there telling its own story of how some found it a bit difficult to stand stock still for the lengthy exposures, nevertheless the pride of these men shines through. 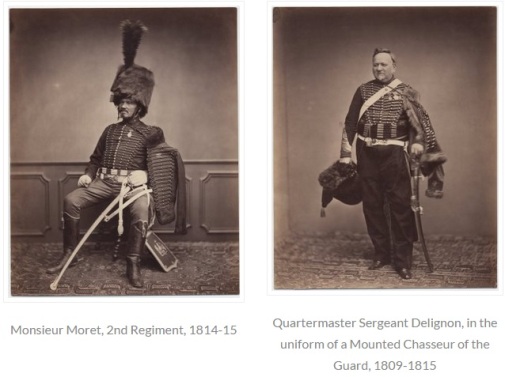 I am particularly taken with the image of Sergeant Taria of the Emperor’s Guard; as an old man he looked formidable. How much more so would he have been in his prime. 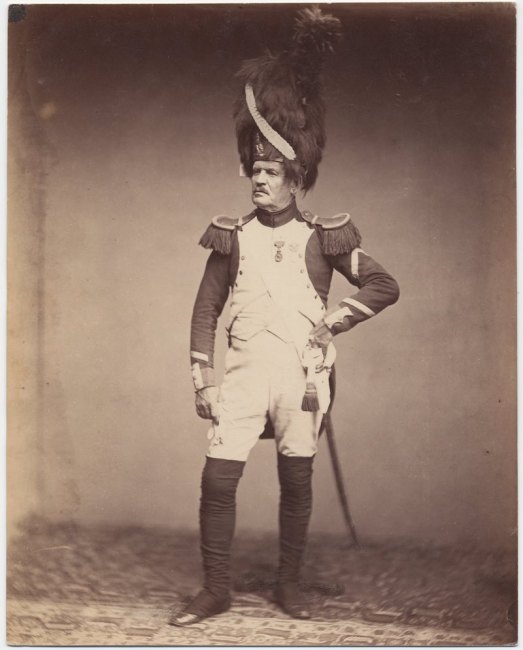 Serving from 1809-15 his experiences would have encompassed Aspern-Assling and Wagram, the horrors of the Russian campaign, the defensive campaigns of 1813-14 with France’s enemies pressing in from all sides, and finally the Hundred Days and that fateful, awful day of Waterloo when allied and French casualties were close on 50,000. I can’t imagine what his eyes must have seen.

All photographs are copyright of the Anne S. K. Brown Military Collection.